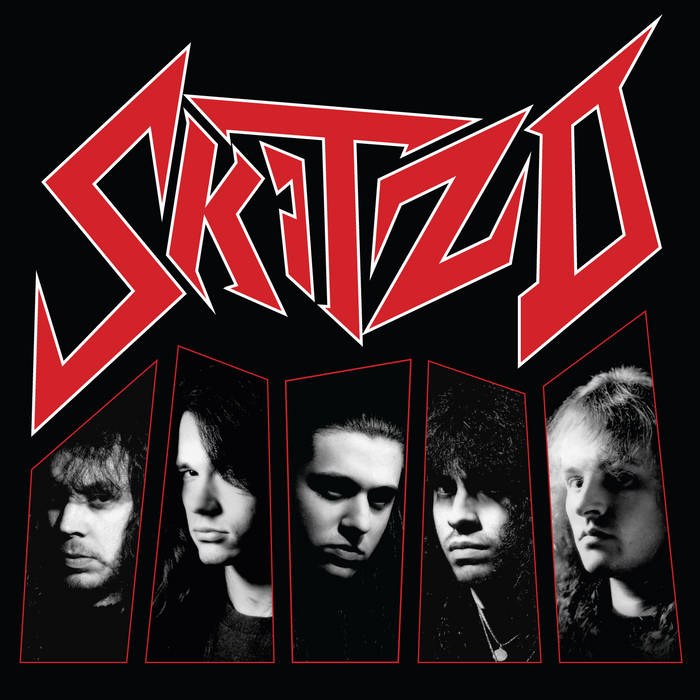 New Jersey progressive thrashers SKITZO (NJ) formed from the ashes of a band called Prophecy in the mid-'80s. The initial lineup—Bill Buchan (guitar), Shaun College (bass), Chris Corley (guitar), and Brendan Farragher (drums)—wrote and rehearsed seven nights a week, constructing a catalog of complex instrumentals while searching for the right vocalist. That vocalist, George Gabriel, was finally secured in 1988/1989, and SKITZO (NJ) officially set out to craft their own brand of dynamic, technically demanding music influenced by traditional and thrash metal, classical, jazz/fusion, etc.

Five more songs were laid down in 1992 at Butterfield's Recording Studios in New Jersey by Steve Evetts (Symphony X, The Dillinger Escape Plan, etc.), applying a crisper and more powerful sound to the band's increasingly elaborate musicianship. Unfortunately, this incredible demo was never released. Despite having showcased for labels such as Megaforce and Epic, among others, SKITZO (NJ) fell apart before they could pay off the final studio bill. The DATs literally collected dust on a shelf at Trax East Recording Studio for more than two decades...

Until now, as—more than 25 years after the fact—Divebomb Records shines a new light on SKITZO (NJ)'s should-be-legendary discography. Completely remastered by Jamie King at The Basement Recording, the CD comes housed alongside a 20-page booklet jammed with photos, flyers, lyrics, and a retrospective interview with the band. For the fans, by the fans!