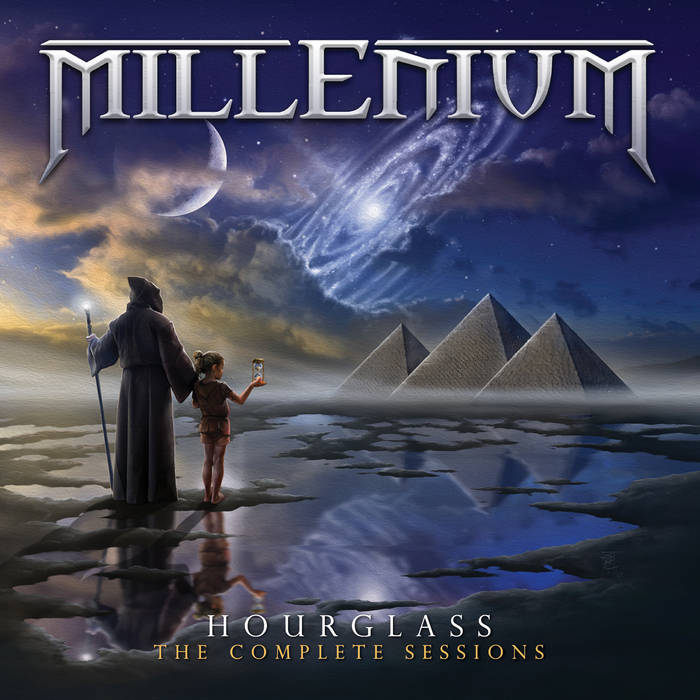 Largely due to the spark of musical chemistry between Santolla and Lande—who instantly bonded over a shared love of similar music—Hourglass was the result of more collaborative writing sessions for the group. Recorded over the course of three months at studios as spread out as Manchester, England; Bøverbru, Norway (Studio Studio Nyhagen); Tampa, FL (Morrisound Recording); as well as the band members' own homes; MILLENIUM additionally laid down several cover tunes by the likes of MSG, Rainbow, Sweet, and Jefferson Starship—only released as Japanese bonus tracks or years later amidst The Best of... and More collection.

Predominantly well-received in Europe and Asia, limited shows supporting the release of Hourglass followed locally in MILLENIUM's home base of Florida; at the Gods of AOR festival in Wigan, England; and throughout a three-show tour of Spain with Ten and Elyte. At a certain point, however, Jørn—increasingly busy with other projects—amicably parted ways with the group, leading to the eventual return of their former vocalist, Todd Plant, and drawing this portion of the MILLENIUM timeline to a close.

17 years later, Divebomb Records is honored to bring this stunning segment of the MILLENIUM discography back to the fore with Hourglass: The Complete Sessions. Fully remastered by Jamie King at The Basement Recording, this 16-track collection finds the 10-song album and six bonus cuts from the era compiled onto a single 76-minute CD for the first time. All of which is housed alongside an extensive 20-page booklet featuring updated cover art, photographs, lyrics, and a memory-fueled interview with Ralph Santolla, conducted by Shawn Pelata (Final Sign, Oracle, etc.). For the fans, by the fans!