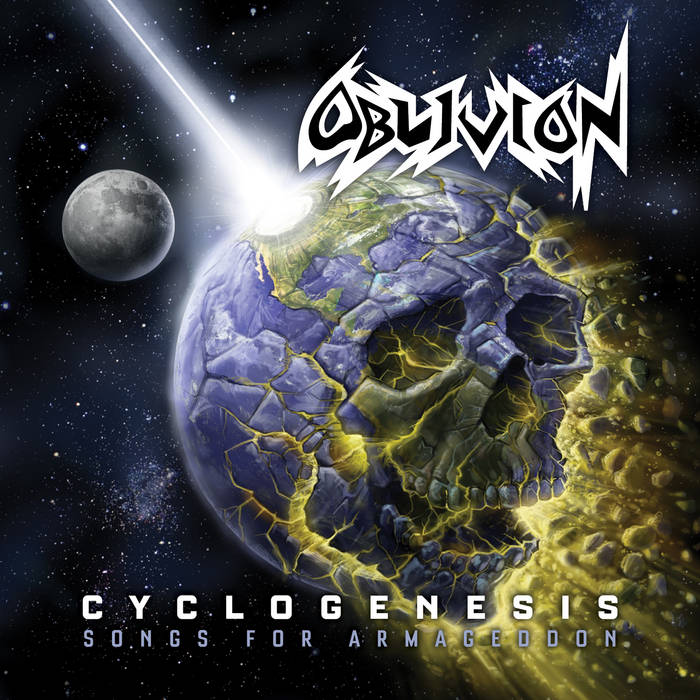 DECLASSIFIED INFORMATION:
OBLIVION formed in 1984 in Toms River, NJ when the band's core members were still in high school. Heavily influenced by the savage thrash of Slayer, etc., within a year the talented young group had issued a high-quality demo and quickly began to capture the interest of legendary labels such as Combat, Metal Blade, and Roadrunner.

Over the course of the near-decade that followed, OBLIVION would weather a number of lineup changes and go on to release an impressive seven demos between 1985 and 1990. With time, the band logically injected their initial take on raw, ferocious thrash with more technical and melodic influences, as well as an occasionally streamlined hardcore/punk attack—no surprise given OBLIVION's lineup ties to other cult New Jersey crossover/hardcore acts such as Lethal Aggression and Social Decay.

However, like so many promising metal bands of the time period, their wealth of output; support from zines, tape traders, and radio; and interest from a slew of record companies—among them major label MCA—were simply not enough. OBLIVION failed to secure a proper recording contract and came to an end in the early-'90s, as their once-ceaseless dedication finally wore out...

But now, decades later, Divebomb Records is delighted to announce Cyclogenesis: Songs for Armageddon. This massive double-CD collection includes all seven OBLIVION demos—Oblivion (1985), Intention to Kill (1985), Back to Maim (1987), Intoxicated With Agony!! (1988), War Gives Me Peace of Mind? (1988), Why Did Johnny Kill (1989), and Contents Under Pressure (1990)—for a total of 35 tracks, fully remastered by Jamie King at The Basement Recording. In addition, the 24-page booklet is packed with photos, flyers, artwork, memorabilia, and an extensive new interview (complete lyrics will be available for download through the Divebomb website). For the fans, by the fans!